Zeeple Dome is the fourth of the 5 games featured in The Jackbox Party Pack 5.

You, as unfortunate astronauts from Earth, are abducted from your travels through space to participate in the violent game show of Zeeple Dome. You are then dubbed as "Team Earth" to fight your way to victory which, inevitably will always be your death as the Grand Prize.

That is, unless the player(s) have what it takes to rough through the most difficult gauntlet.

NOTE: This game is a real time action game and is highly recommended to be played in a local area. Doing so over longer distances (streaming) will result in a laggy, difficult experience.

On your device, you will see a big circle of your color with a figure in the middle of it attached to two white strings. Drag that figure away from the center then release to send your character flying! On the screen, you will see an outline that points towards the direction your character will be flung to that coordinate with the opposite direction the player is pulling. (In short, it’s basically a slingshot.) You can perform another fling whilst in mid-air once you have come into contact with a wall, object, enemy, another player, or even a power-up.

It is recommended that you do NOT play this game with your PC as a controller (using a mouse), or any other device that does not utilize a touch screen.

Color is the main mechanic throughout the whole game. When a player enters the game, they will appear on one of the six empty stands available and appear as 1 of 6 colors that will be randomly assigned: Cyan, Yellow, Pink, Purple, Orange, or Blue. Any and all of the astronauts can smack into an idle monochromatic (Black and White) enemy in the game to drain its health.

When an enemy has their health depleted, they will become stunned and phase into one of the players' colors during this time. The player of the matching color needs to smack into the enemy to defeat them for good.

Every enemy has the ability to phase into one of the players' colors above whilst powering up their attack for a short period of time. During that time, only the player of the matching color should prioritize that enemy before it fully powers up to attack. Once successful, the enemy will be disrupted and dazed leaving them open to a couple more hits by any other player until its next attack. An attacking enemy possess a red and black look. They become invincible for the duration of their attack until idle again.

If a player comes in contact with an enemy that isn't their color, the threat will immediately become agitated and will not wait until it is finished powering up to attack.

Every now and then, an occasional weapon or power-up will appear on the screen. Only the player with the correct color will have the ability to touch the power-up which will be distributed to the whole team for a short amount of time.

As you play Zeeple Dome, you'll encounter a variety of black and white colored aliens that all simultaneously aim to defeat you. They power up with a random color based on the players in play to perform their attacks. Hence, the color mechanic. There are two important factors that go into play that determine the speed of these threats.

(Only in "Tutorial")
The canonical name of this enemy is unknown.

The Tutorial Dummy is the first enemy you face. It only ever appears once in the whole game.

(First appears in "Tutorial")
The canonical name of this enemy is unknown.

The Space Squid is the second enemy you encounter and one of the hostile enemies in the game. 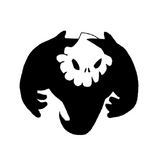 (First appears in "Tutorial")
The canonical name of this enemy is unknown.

The Space Brute in the third enemy you encounter and one of the hostile enemies in the game. 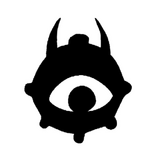 “These explode when you kill them!”
~ Glargan O’Toe when you first encounter the Yawg Bomber.

The Yawg bomber is the fourth enemy you encounter and one of the hostile enemies in the game. It is also the second of the 13 prizes you earn. 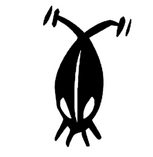 "Fling out of the way when this locks onto you!"
~ Glargan O’Toe when you first encounter the Glurb Tracker.

The Glurb tracker is the fifth enemy you encounter and the fastest of the hostile enemies to in the game taking fractions of a second to attack and power up. It is also the fifth of the 13 prizes you earn.

"Watch out! Its attacks will stun you!"
~ Glargan O’Toe when you first encounter the Stunley.

“Anyone want to bump into this human to wake them up?”
~ Glargan O’Toe when a player is stunned for the first time in the game.

Stunley is the sixth enemy you encounter and one of the hostile enemies in the game. it is also the seventh prize of the game.
Its attacks stun the player during single player games for a second and a half. During games of 2 or more, stuns last much longer.

"These make little Chu-Chons! Match the color to kill them before they attack!"
~ Glargan O’Toe when you first encounter a Chu-Chon.

The Chu-Chon is the last enemy you encounter in the game and one of the most dangerous of hostile enemies. It is also the ninth prize of the game.

Note: This enemy is unused.

"Focus fire on this Hargon if it eats you. If your team is quick, they just might save you!"

~ Glargan O’Toe when you first encounter a Hargon Hunter in a game of 2 or more players.

The Hargon Hunter is the eighth and final enemy. It is the tenth prize of the game.

It is the only prize that doesn't have any chance of showing up in game normally besides through mods. This could be due to the fact that this enemy was not programmed particularly well. When a Hargon eats them, the player doesn't appear visually, but still physically exists where they last were on screen before they were swallowed. Of course since they are eaten, the player cannot move and is rendered completely helpless. As a result, enemies can still damage and even kill the player easily. Multiple Hargons can eat/spit out the player simultaneously because of this too.

The canonical name of the Boss is unknown.

The Boss was Planned for the game but was left out due to its short development time. it remains unknown as to what it is capable of doing.

In Zeeple Dome, the gauntlets serve as a difficulty, the higher the gauntlet, the more difficult it is. Beating one gauntlet will always result in the next gauntlet being harder. (Provided you have unlocked the next difficulty.) 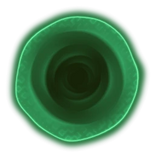 The tutorial gauntlet, as the name implies, is the first gauntlet you start with when you first play Zeeple Dome as it teaches you how the game functions and what weapons/power-ups do what. 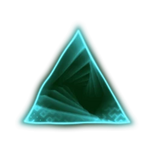 The Easy gauntlet is the first of the 13 prizes you earn in the game. Enemies are passive and take longer than usual to charge up their attack, meaning more time to react.
This mode introduces bumpers that sends you off, bouncing quickly. These can be utilized to get an extra hit on an enemy. 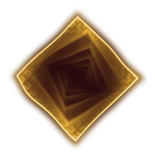 The Medium gauntlet is the fourth of the 13 prizes you earn in the game.
This mode introduces Color Barriers that allow the player of a certain color to pass through. They change color on their own after a small amount of time. 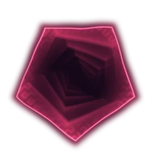 The Insane gauntlet is then eighth of the 13 prizes you earn in the game, and the highest difficulty you can select at the start of the game. The speed and frequency of any attacks become noticeably faster.
This mode introduces Portals that send you around to the opposite portal in the arena. Despite having a blue appearance, they are not color coded and can be used by any color at anytime. All tougher Gauntlets from here do not introduce any new enemies or objects. 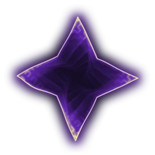 Once unlocked, only beating either the Medium or Insane gauntlet will give you the Utter Madness gauntlet. The eleventh of the 13 prizes you earn in the game, and one of the two higher difficulties that you cannot select. 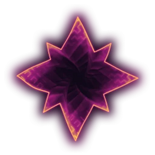 Zeeple Dome's final prize, and final challenge. If you started the Insane gauntlet set and completed the Utter Madness gauntlet, you will be presented with the HELL gauntlet. Rare few have completed this gauntlet and lived to tell the tale...
This mode minimizes the amount of time any enemy takes to charge up their attack as well as maximizes their damage and likeliness to do so. Unfortunate players can be met with enemies that never, ever stand idle.

Weapons or Power-Ups appear randomly on the screen from time to time. As stated, only the player with matching color can touch and activate it. After that, everyone is given that power-up for a short time. This time will further be shortened on harder gauntlets.
Note: Collecting a weapon while one is already active will cancel the previous one. The only power-up that doesn't share this trait is the Health Field.

Grabbing this power-up will send out three explosives only when coming in contact with an enemy. This can help whittle down their health and or defeat enemies for you!
Unfortunately, this comes with a nuisance. Only the correct colored player's will have the cluster bombs will defeat the correctly colored enemy. Since there is no way to distinguish whose bombs are whose and enemies near death require the correct color to fully be defeated, this can lead to an annoying cycle where the enemy is constantly met with agitation.

Grabbing this power-up will create a green aura that restores your health. All you have to do is fling yourself repeatedly in and out of the field to heal. Not stay inside of it.

Grabbing this power-up will allow you and your friends to stun your enemies for a long period of time, provided they are either idle or the correct color.

The third prize of the game. Grabbing this power-up will make you and your friends impervious to any and all attacks for a limited time.

The sixth prize of the game. Grabbing this power-up will let you and your friends become ALL colors allowing all players to pass through any color changing barriers, hurt all enemies, and become much faster while flinging. Plus, everyone subtlety inflicts more damage than a standard attack.

The second-to-last prize in the game. Grabbing this power-up will make you and your friends deal extremely violent blows to the enemies with every hit, emptying their health like nothing! (This does not mean however that it can instantly knock them out.)